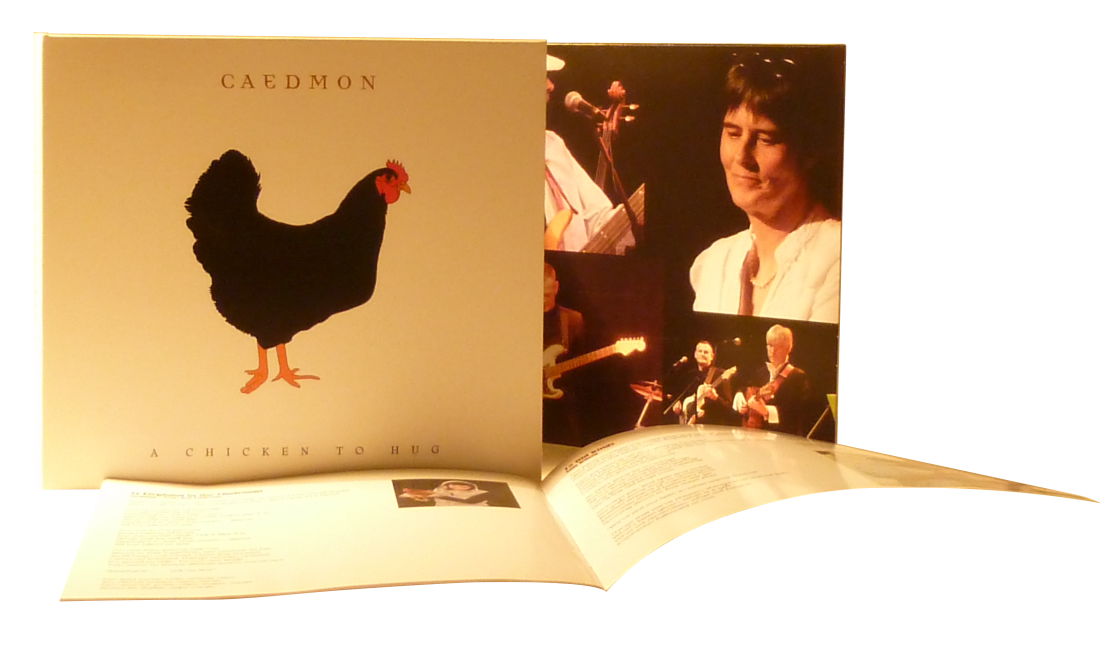 Caedmon are a folk rock band formed in 1973 and originally based in Edinburgh, Scotland. Their farewell concert in 1978 was marked by a limited vinyl album release which became a collector's item.

In 2008, the band got together and over the next 24 months, wrote and recorded a full collection of new songs for the album 'A Chicken to Hug'.

But what's most important - I'm in the band!