Astute followers of this blog may have noticed something different around here recently. Yes, a quick glance at the source code will reveal that the familiar footprint of a Wordpress web site is gone.

The visually sensitive amongst you may have also noted some subtle changes in the appearance of the pages. And that exclusive minority of folk with those new-fangled smart phones will have been quick to notice changes too.

Yes, just when you thought I was safely retired and out to pasture, I've been and gone and updated the whole fricking web site!

Can I tell you what a labour of love it was? What do you mean 'No'? Well, you're not here to stop me so, I'll just get another pint from the bar and we'll begin. Get comfy. 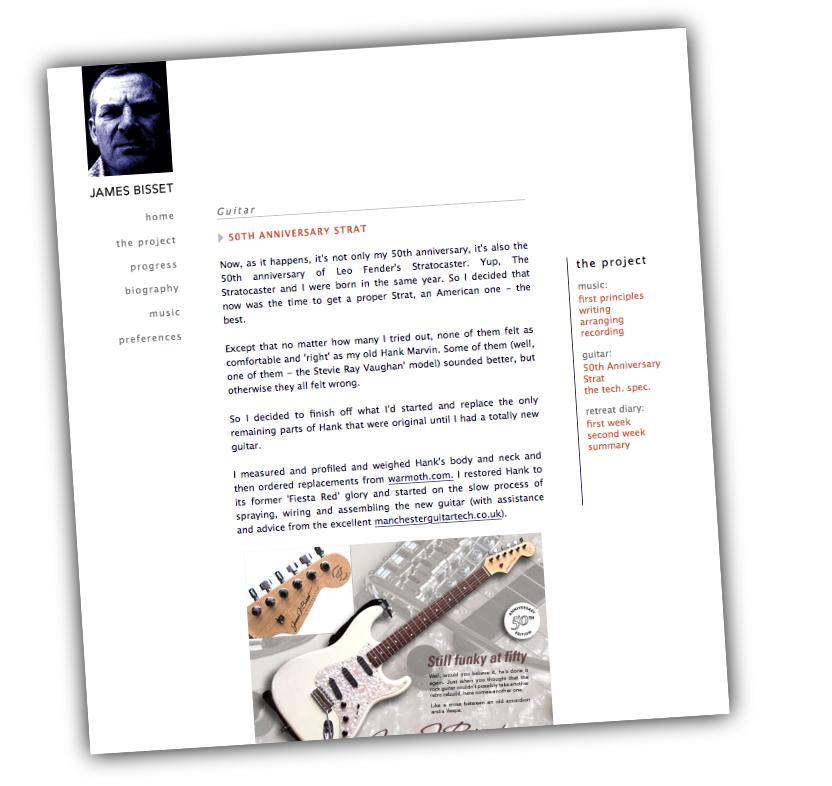 When I first started this site, I built the main pages by hand, the web design industry having (mostly) finally given up the idea that anyone could build an amazing site with a magical layout tool and no effing idea. And for the blog, I used a little blog engine - 'Wordpress' which had recently been forked from an open source project called 'b2'. This was cool, if a bit nerdy. So what, it worked.

And that little Wordpress thing just grew and grew. The next iteration of this site saw the whole thing rebuilt in Wordpress. Wordpress was the little blog that could! I started to use Wordpress to build sites for my day job clients. It was fairly straightforward to dig into the code and tweak and massage to get the sites clients wanted.

But our clients got more demanding and our sites more ambitious and soon we left Wordpress behind. We used Drupal to build powerful complex sites which rendered statistical charts from online games, or compiled specialist dictionaries or managed job applications or catalogued EU specs or cross-referenced commercial chemical solutions. The word we're looking for here is 'bespoke'.

Meanwhile, out there, Wordpress became the web site tool for people who couldn't (or wouldn't) code. Yes, at last! Be rid of those suspicious people with greasy spectacles and ill-fitting trousers who insist on semantically rigorous HTML - and expect payment! Point and Click your way to Profit! Soon, little agencies sprang up with people who couldn't code, building sites for people who couldn't code even less, using commercial 'themes' for only $69! (including one year support!!) - that's a 30% discount for this week only!!! And right behind them came the hackers and the script kiddies and the 'bots trawling the web for poorly built, poorly maintained sites with fabulous sparkly slideshows at the front and gaping security holes at the back.

So anyway, when I strolled over to a rather overgrown corner of the garden on a balmy Sunday afternoon recently, I was horrified to discover my own web site, untouched for four years, running an obsolete version of Wordpress, with a quaint, hand built, pre-smartphone theme (as well as some funky custom stuff that still baffles the 'bots). And some raspberry canes. They spring up everywhere don't they!

So I've been re-developing this site. It was a no-brainer. Simple, no-coding-required Wordpress is gone. Now the site is running on a Drupal core with 92 third party plugins ('contrib' to initiates). Yes, NINETYTWO! Eat your heart out Wordpress! I've got a bespoke theme running on my own responsive parent theme. I'm catering for RDFa microdata, Opengraph, Twitter Cards and the Dublin Core metadata initiative. Now I have Soundcloud integration, Bandcamp pages coming... And a shop!

If only I had time to blog something...